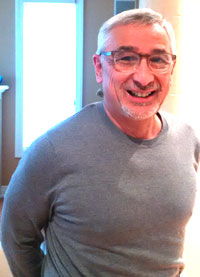 Jim Jones began his career in ESL in a teaching position at Mohawk College in 1972 and became department chair of ESL in 1980. In that role, he lead the department in the delivery of the regular English language programs of the time, but also pioneered new programming such as the early bridging to employment programs and a variety of English in the Workplace programs. He was later involved with introducing programs such as ELT and OSLT as well as other programs for both immigrants and international students.

He served the profession as the founding president and affiliate director of TESL Hamilton, president of TESL Ontario, president of the Adult Basic Education Association of Hamilton and was the longest serving president of TESL Canada. He also was chair of board of the Centre for Canadian Language Benchmarks from 2010 to 2014 and Secretary-Treasurer from 2001-2010. He was on the executive of the Council of Second Language Programs and The Heads of Language of the Ontario Colleges. He is a founding member of the Circle of Friends for Newcomers (Hamilton) and continues as chair of that organization.

He has presented at local, provincial and national conferences.

Currently he is a member of the language subgroup of the Hamilton Immigration Partnership Council.

He likes to think that he is able to apply the management skills he learned in his 39-year career at Mohawk College and with ESL organizations to the boards he now sits on, president of Chamber Music Hamilton, secretary of the Dundas Valley Orchestra, where he plays viola, and Clerk of Session at St. Cuthbert’s Presbyterian Church in Hamilton. He also sings in the Grand River Chorus in Brantford.

He has found ways to keep busy in retirement.