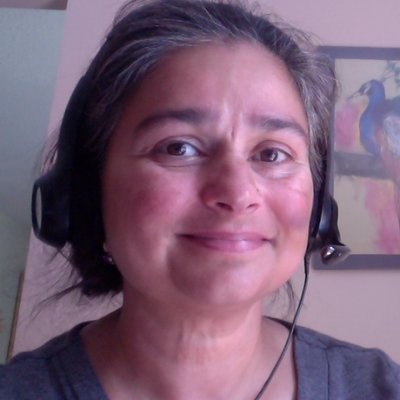 Diane Ramanathan has been working with LINC students since 2005 and is currently an online LINC instructor with the Centre for Education and Training. Long before LINC, early in her career she worked at a school where PD was a collaborative effort and teachers were expected to regularly deliver sessions. A bit nerve-racking in the beginning, with time it started to feel more comfortable. In 2012 Diane’s career focus started to include instructor support/training when she joined the Tutela team and became an instructor for the TESL program at Algonquin College.

This is also reflected in Diane’s volunteer roles, from her involvement with TESL Ottawa, occasional blogger with TESL Ontario, LINC Home Study mentor as well as her contributions to the U of M TESL program.

Teachers are often the most enthusiastic learners. Diane’s motivation comes from those instructors who log onto Tutela to attend a webinar on a Sunday evening, TESL Ottawa members who brave snow storms and frigid temperatures in February to network and share best practices and of course her eternally enthusiastic TESL students who are so eager to learn. Learning is so much more fun when it is shared.