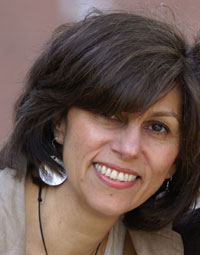 Sharon Rajabi has been involved in ESL for over twenty years.  She manages the budget and operations of Adult Ed Programs at the Toronto Catholic District School Board.  Sharon’s interest is in the application of technology in Second Language Acquisition and its impact on communication and second language learning.

Sharon has served on the boards of TESL Toronto, TESL Ontario, and TESL Canada.  Her longest engagement was with TESL Ontario where she served as President from 2005-2007; Conference Chair in 2000; Technology Fair Chair from 1999-2012 and Communications Advisory Group Chair since 2006.  She is currently the Research and Dissemination Chair on the TESL Canada Board.